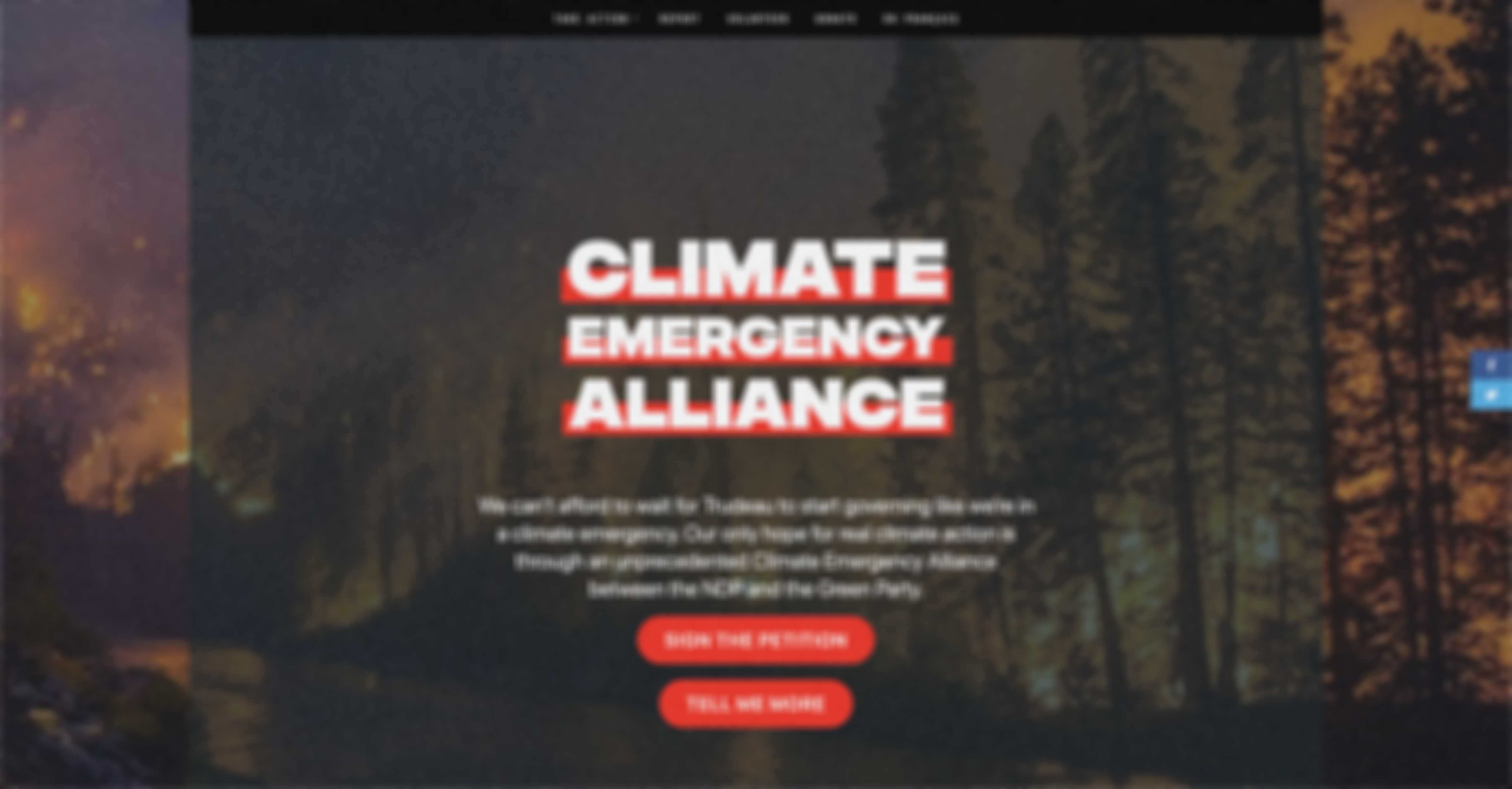 350 Canada has launched its 2021 election campaign—Climate Emergency Alliance. Their goal is to elect more Green and NDP MPs by running either a Green or NDP candidate in certain ridings to boost the other’s chances. We are facing a climate emergency, and concerns about voter choice aside, the campaign is understandable. But, this is a partisan campaign in non-partisan clothing. Their decision to exclude the Liberals belies their emergency rhetoric.

350 Canada casts the Liberals—not the Conservatives—as their bogeyman, focusing on NDP/Green cooperation. Does the NDP champion climate action like the Greens? Are the Liberals any worse than the NDP?

Multiple organizations reviewed each party’s 2019 climate plan. Generation Squeeze gave top marks to the Greens and the Liberals, with the NDP slightly behind. EcoJustice noted that the Greens and Liberals committed to net-zero by 2050, but the NDP didn’t commit to exact numbers. The CBC analyzed each platform and determined that the NDP and Liberal plans had nearly identical emission reductions; both lagged far behind the Greens. The National Observer graded the three platforms; an A (Greens), A- (NDP), and B (Liberals). The Liberals bought a pipeline—bad, but they also brought in carbon pricing—good. The parties put forward similarly received climate plans, and in the CBC’s analysis, the Greens are well out front.

350 Canada claims that “Trudeau has taken some action on climate change, but it’s nowhere near the scale of action required.” Agreed.

NDP governments also have poor climate records. Rachel Notely supported pipelines. John Horgan supports LNG. Compare their records to McGuinty’s and Wynne’s in Ontario. However, 350 Canada is willing to cut the NDP slack saying, “There is also understandable wariness towards a party whose leader and top advisors have failed to champion this issue in a serious way. But while these concerns are valid, they can all be overcome in the forging of a Climate Emergency Alliance.”

If inclusion in 350 Canada’s campaign will work wonders for the NDP, why wouldn’t inclusion affect the Liberals? Wouldn’t including Liberals also increase the likelihood that Canadians elect fewer climate-denying Conservatives?

Canada’s Green parties have been unyielding champions of climate action. The knocks against them have been platform feasibility and candidate electability. Nevertheless, in 2019, the PEI Greens became the official opposition to a Progressive Conservative minority government. In their first sitting, Green MLA, Lynne Lund, introduced and—with all-party support—passed legislation strengthening PEI’s emissions targets beyond the Paris agreement to meet the IPCC’s more ambitious goal.

It would not be credible for a climate campaign to exclude the Greens. However, policy, platform and record don’t make a case for excluding the Liberals while including the NDP.

You might think that the campaign would benefit the GPC. After all, climate action is core to their identity, but the Greens are on the losing end of the power imbalance. Instead, this campaign will depress Green turnout because they are the smallest “alliance” member and a perennial “strategic” voting target. The NDP and the Liberals have not been shy about using “strategic” voting as a cudgel.

Canadian voters lose too. At the heart of any “strategic” voting campaign is the belief that if given a choice, voters will vote the wrong way. Reducing voter choice is 350 Canada’s intent. Their success requires a vast number of voters to be unable to vote Green and a much smaller number to be unable to vote NDP. This kind of result-engineering deemphasizes issues and values. Instead, it focuses on the horse race. Actual climate policy is removed from the national debate, replaced by political posturing about who should or should not be the “alliance” pick.

Given 350 Canada’s rhetoric, I would expect their campaign to be bolder. Why not encourage all their supporters to join the Liberals to help climate champions win nominations? Alternatively, why not recruit climate champions to run for all parties, so Canadians get climate action, no matter who wins? The answer is partisanship.

The NDP benefits most from this campaign. 350 Canada excludes the Liberals entirely, and the NDP stands to win far more “alliance” seats than the Greens. If I were the NDP’s campaign director, I would be delighted to learn that a third party is spending their money attacking my competitor and removing another competitor from the ballot.

At best, 350 Canada’s campaign is naive, supported by people who really want strong climate action. In reality, it looks more like an NDP campaign, directed by a former NDP candidate paid for by third-party dollars that don’t count towards the NDP’s spending limit.